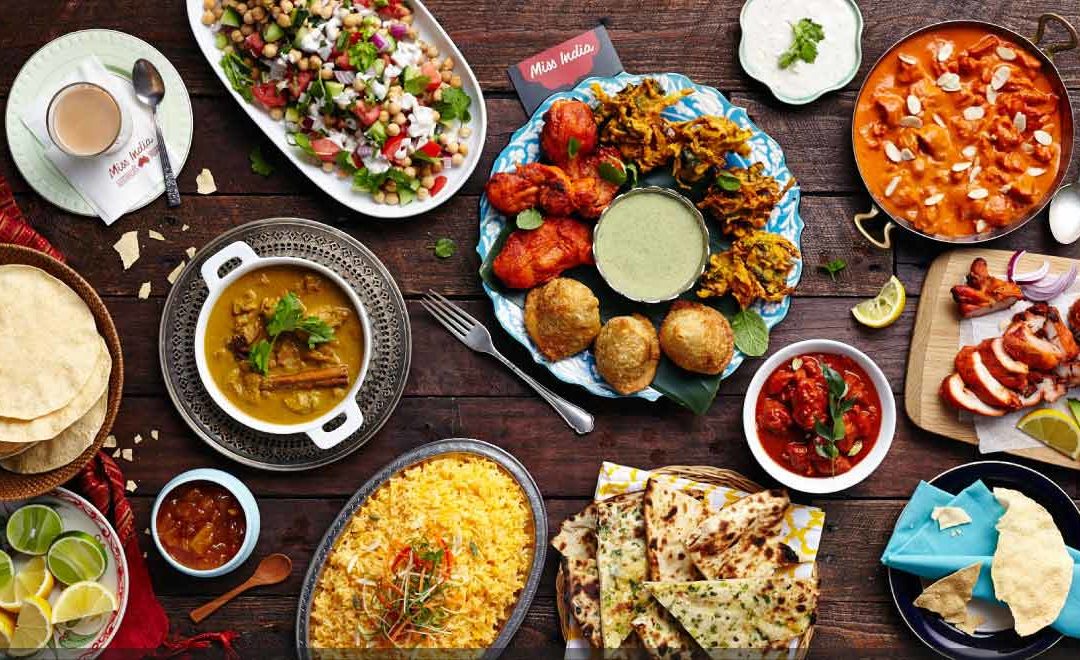 I can’t lie, Thai may be thai-ed (no pun intended) for number one in our favorite Denver cuisine…it’s just SO good. But today’s feature is that second number one spot holder, the partner in crime, the cuisine that packs a flavor punch in every bite- INDIAN. The American & British classics that keep us all coming back for more (aka butter chicken, tikka masala, etc) are an awesome way to fire up your taste buds and remind you how awesome indulging in delicious food truly is. This tie for number one is a fantastic way to dive into intuitive eating and break free from the calorie counting of food prison.

Indian food is one of the most underrated cuisines ever. In fact, it’s by far our favorite cuisine when asked that (all too difficult) “what’s your favorite food?” question. Tikka Masala is highly addictive (beware) and here in the Denver area my lactose-intolerant self found a tikka masala made with coconut milk instead of cream- “wow” was the only thing I could iterate upon the discovery. And folks, it tastes just as good as the dairy-filled goodness I remember from childhood. But true Indian food is not about the cream-based dishes that England has made incredibly popular, but more so about the aromatic herbs and spices used at the base of the majority of the dishes- the curries that come to life with every mouthful. Our favorite picks are a short drive from the city, with one being in the Highlands neighborhood, but we promise the trips outside Denver will be worth your while (sorry Denver, most of the Indian spots around the city just don’t hold up…step up your game!)

I say ‘people pleaser’ because this place is always crowded, crowded with lots of Americans looking to diversify their palates in a not so scary way, but hey, tasty is tasty, so I’m not gonna hate. Yak & Yeti can make most of their dishes vegan with the substitute of coconut or soymilk and the taste doesn’t disappoint. The ever-popular orange cream sauce, tikka masala, is highly addictive here. Mix that with the subtle sweetness from the sweet potato and your mouth is in for a treat. If you prefer dining in, this location is also a brewery so for those over 21 it’s a fun spot to kick back with friends over some delicious ethnic food and a local beer.

This hidden spot nestled in the corner of a bustling strip mall featuring King Soopers does not disappoint. From the moment you walk in you know you’re in for the real deal for the place is lined with customers of Indian descent. The Vegetable Korma (with no cream, sub coconut milk instead) is rich in flavor and pairs the subtle sweetness of golden raisins with the savory of crunchy cashews and loads of veggies. The Vegetable Curry and Aloo Ghobi, both with very similar ‘sauce’ bases, are a delicious mouthful of ginger and garlic goodness. Don’t forget to pair your meal with their Papadam, baked and spiced with the perfect crunch to crumble atop their excellent dishes. I have to pay attribute to the rice included with their entrees- it’s the best basmati rice in town; perfect texture and made with the right spices, I always save the leftovers to eat aside my own homemade meals later in the week #yum

COMING SOON. WE’VE HEARD AMAZING THINGS AND ARE GOING TO CHECK IT OUT OURSELVES ASAP.

If you live in or are visiting the city and looking for something a bit closer (or are wanting Postmates to deliver your food), Himchuli will definitely do the trick. The first time we tried Himchuli when they opened a few months back we were sadly disappointed. The food was oily, including the papadam (meaning it was fried rather than baked which is not cool for this dish), the portions were pretty small, and the basmati rice had no flavor. It was pretty sad because it’s super close to the office; I thought, ‘wow this could be amazing..indian close by- deadly,’ but I was let down at the first bite :(. But guess what folks!? They’ve made a come back!! True testament that restaurants deserve a second chance after their opening week. The food was delicious, not oily, the papadam was baked, and the portion sizes were generous. The vegetable masala made with coconut milk was so delicious. Similar to Yak & Yeti- highly addictive. We ordered onion pakora as an appetizer- very fried, but very very good. Onion rings with an awesome chickpea batter flare- definitely worth a try. Their papadum was crunchy and tasty, definitely baked this time and definitely done right. The Chana Masala was the best I’ve had in a long long time- the flavor was honestly spot on. The Aloo Ghobi had slices of fresh ginger on top- bomb. Great come back Himchuli, great come back!

Let me know your thoughts on these delicious spots #eatthefood